This past weekend, American Pharoah became the twelfth horse to win the Triple Crown, and the first to do so in 38 years.  It also happened to be the first year since I started attending the Belmont Stakes in 2007 that I wasn’t able to make it.  This is something that my dad and I do together, so I was disappointed to say the least.  In an effort to take some part in the race, I decided to invent a cupcake to commemorate the event.  Yes, I know I already did red rose cupcakes for the Kentucky Derby, but who doesn’t want more pretty red rose cupcakes anyway?

This cupcake is based off of the official drink of the Belmont Stakes, the Belmont Jewel.  My recipe doesn’t contain any alcohol, but you could easily add some to the filling and/or frosting if you were jonesing for a kick of bourbon.  A candied lemon slice on top would really complete the picture, and it might even impress Florian if you ever make it on Cupcake Wars (it may not be a horse’s head made out of marzipan, but it’ll do in a pinch).  😛

Line your muffin tins with cupcake wrappers or prepare your cake pans (18 cupcakes or two 9″ cakes).  I like to use parchment paper circles on the bottom so I don’t have to deal with the heartbreak that results from a cake which sticks on the bottom.

Combine the flour, baking powder, salt, sugar, and lemonade mix in the bowl of a stand mixer or other large bowl.  Stir to combine.  Add in the butter and mix at low speed until the mixture is crumbly and doesn’t have any large clumps. 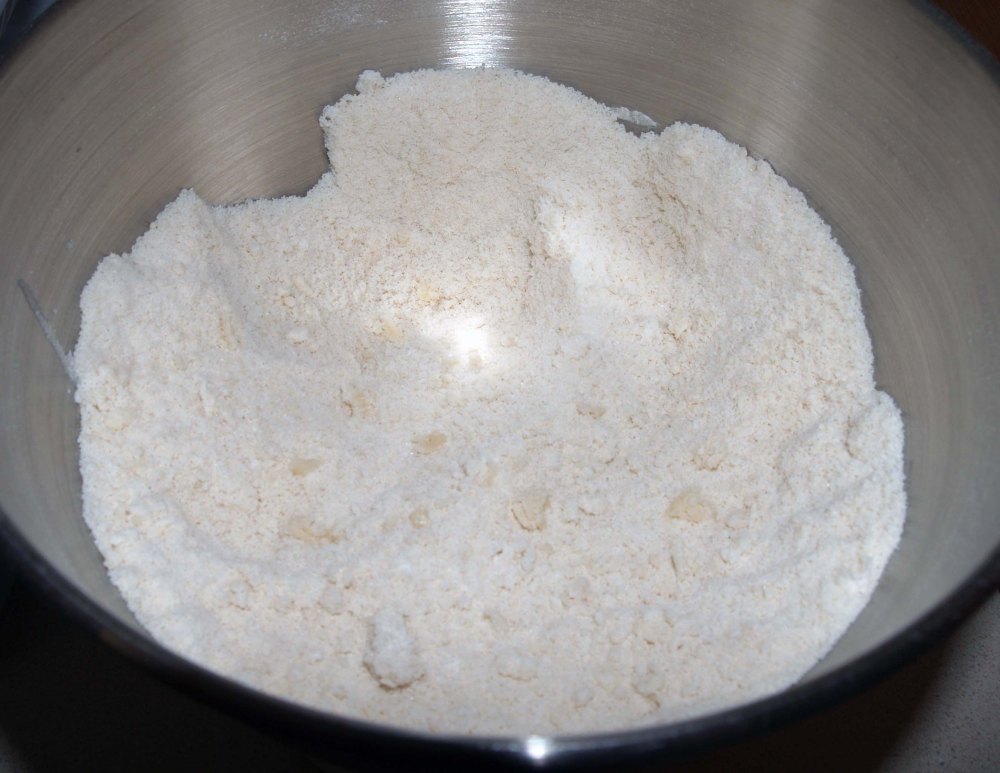 Stir in the milk and eggs for 1 minute, then beat on medium speed for 2 more minutes. 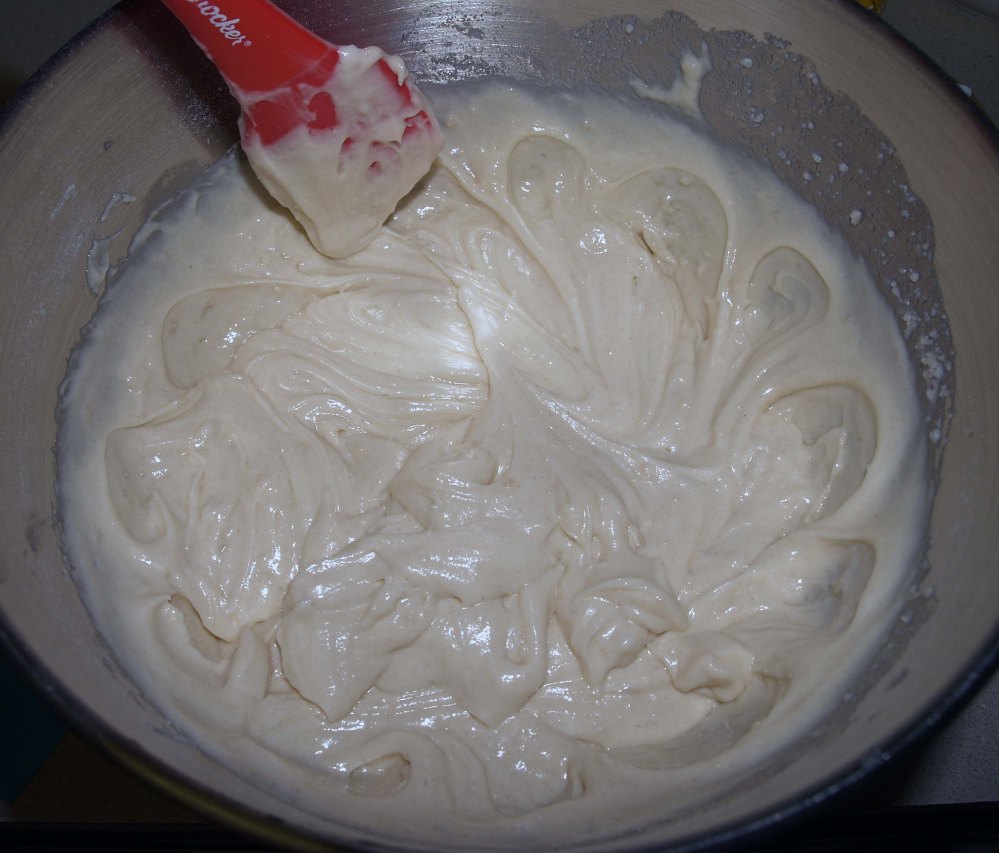 Divide the batter between the cupcake wrappers or cake pans.  I used an ice cream scoop, and it was really helpful.  It delivers the same amount of batter every time, and it has a handy rotating arm on the inside to help scrape the batter off the spoon part.

Bake for 25 minutes, or until the edges start to brown and a toothpick inserted in the center comes out clean.  Allow your cakes/cupcakes to cool for 5 minutes in the pans, then remove them to a cooling rack to cool completely for a few hours. 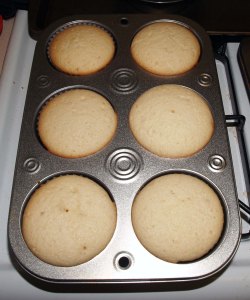 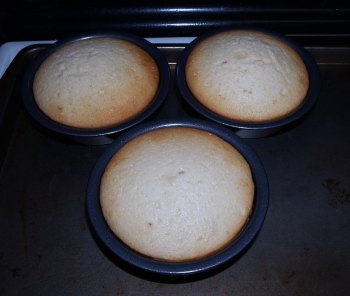 While your cakes are baking, prepare your filling.  First, whisk together the egg yolks and sugar in the top part of a double boiler (for a tutorial on separating eggs, see here). 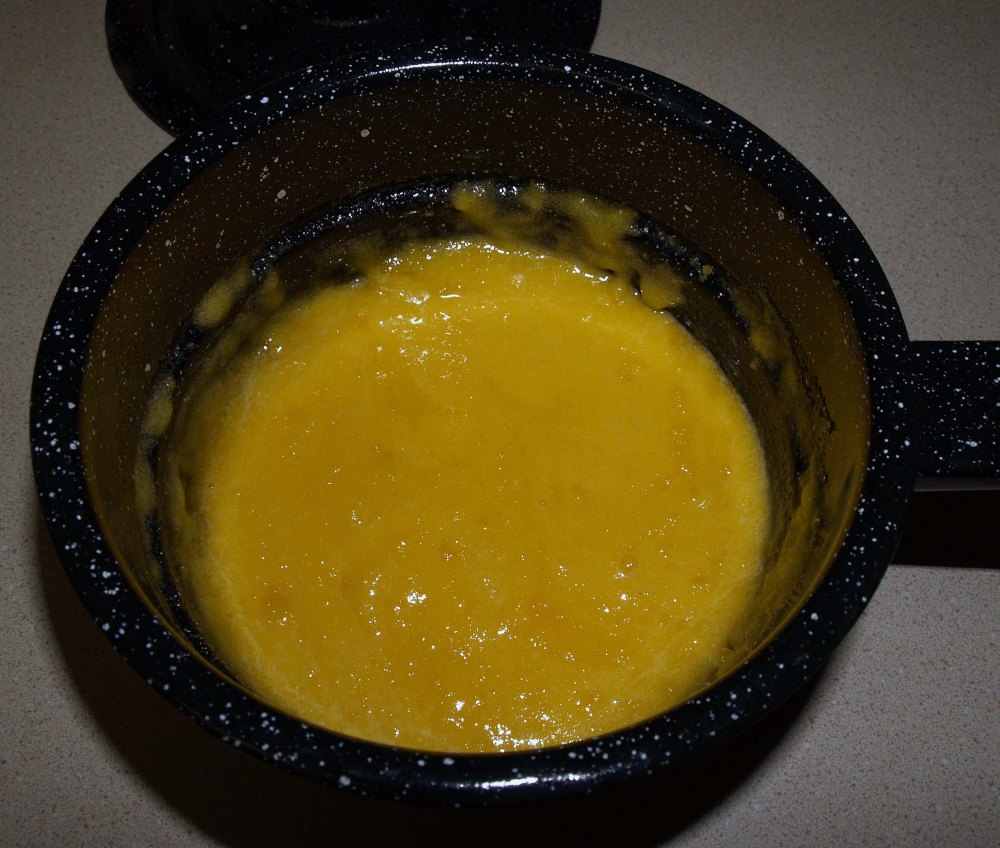 Zest and juice your lemons.  You should have roughly 1/3 cup of lemon juice.  Bring your total liquid up to 2/3 cup with pomegranate juice.  Add the zest and juice mixture to the eggs and sugar, whisking to fully incorporate all ingredients.

Put 1″ of water in the bottom of the double boiler and bring to a boil.  Reduce it to a simmer and put the top part on.  While you should whisk your curd constantly while it cooks, it won’t be the end of the world if you have to step away temporarily.

Cook the mixture until it begins to thicken and coats the back of a wooden spoon. 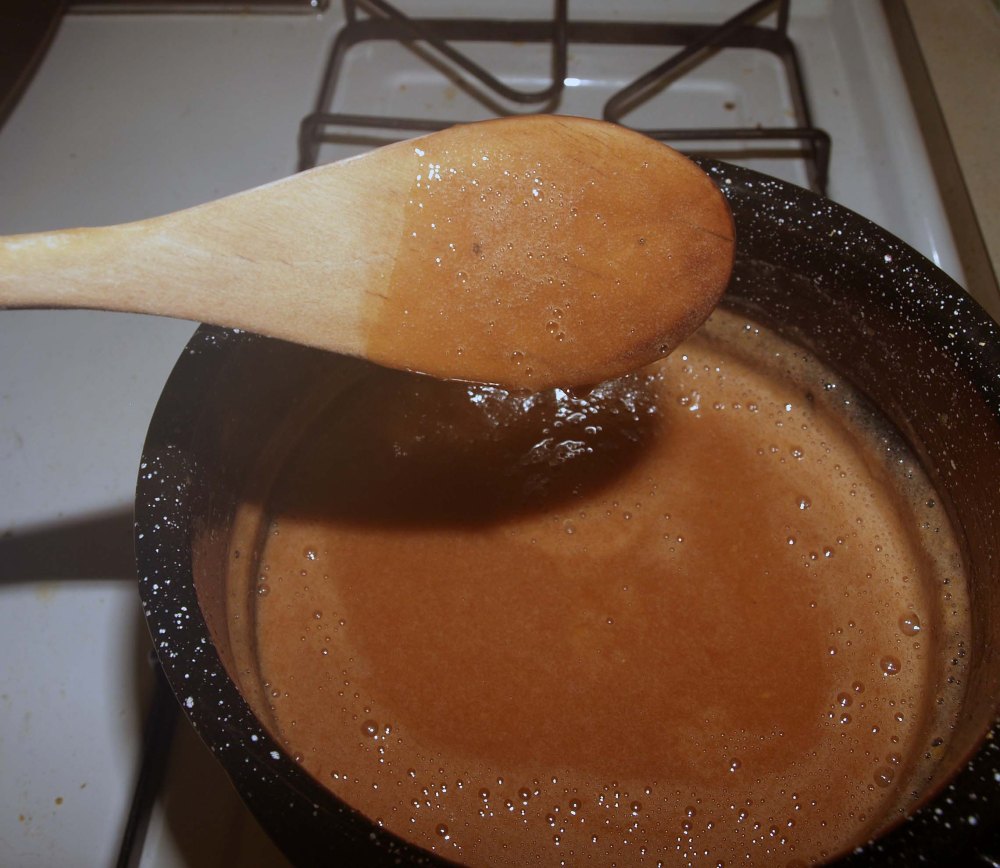 Remove your pomegranate lemon curd from the heat and stir in the butter one pat at a time, allowing each pat to fully melt before adding the next. 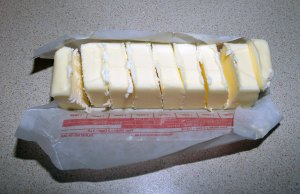 Pour the curd into a glass bowl and cover with plastic wrap, pressing the plastic down to the surface of the curd.  Refrigerate for at least 4 hours.

Once your cupcakes have cooled, prepare your frosting.  Start by reducing your pomegranate juice.  Pour it into a small saucepan and bring it to a boil over high heat.  Reduce the heat to medium and simmer the juice until it is at most half its original volume (you can check by pouring it into a glass measuring cup, or by marking the levels on a toothpick and checking periodically).  Allow the juice to cool completely.

While your pomegranate juice is cooling, combine the vegetable shortening or butter and milk in the bowl of a stand mixer or other large bowl (you will want some kind of electric mixer for this).  Beat on low speed until you are past the danger of spattering, then on medium speed until the shortening is creamy and the milk is fully incorporated.

Add the remaining ingredients, including the pomegranate juice, and stir to combine.  Beat on medium speed until the frosting is smooth.  If necessary, add a little more milk to make it thin enough to beat and use.  Mine started out almost like bread dough, so I had to add almost another tablespoon of milk. 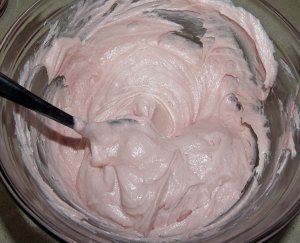 Now divide and tint your frosting appropriately.  I added almost half a tube of red gel food coloring and a drop of black to achieve the color you see here. 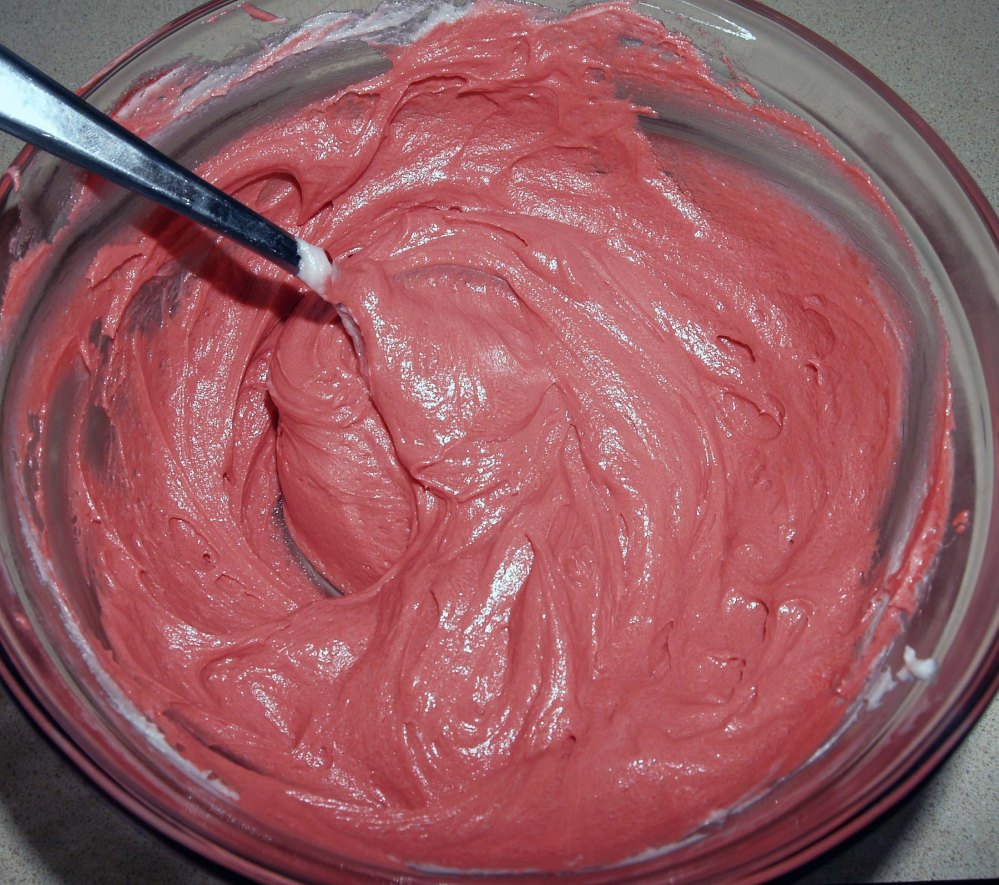 I piped the roses with a Wilton 2D tip, which I felt created better petals and a smoother flower than any of the star tips did.  These would also look nice in yellow or pink with some colored decorating sugar sprinkled on top, or some candied citrus fruit on top.