I have an on-again, off-again relationship with bananas.  I’ll go months without having any desire to even look at a banana, followed by a period where I buy them every week for a month until I get tired of them again.  Part of the reason for my coolness toward the fruit is their propensity to turn brown at a moment’s notice.  I’ve tried various different tricks to keep them from ripening too fast, but it usually seems that bananas do what they want with no regard for my potassium needs.

I found myself in this situation yet again this week after ambitiously buying a bunch of 9 bananas.  All started out well, and I even managed to get through 5 of them before any brown spots appeared.  Unfortunately, I can be a bit forgetful when it comes to my fruit, so the rest, which were supposed to be frozen for post-workout snacks, went to the dark side, never to return.

Fortunately, there is still hope for those nasty, brown bananas in the form of banana bread.  I found a recipe in Selections from Betty Crocker’s Cookbook a few years ago which hasn’t steered me wrong yet (I previously adapted this recipe into Apple Cinnamon Bread).  I felt like changing it up a bit, so I decided to add some chunky peanut butter in place of some of the butter and replace my usual walnuts with chopped peanuts instead.  Two teaspoons of cinnamon later, I had some tasty muffins on my hands.  If I were to do it again, I’d also swap out some of the flour for some rolled oats to add a bit of texture (and fiber).

I’ve been having some strange troubles lately with getting breads and cakes baked all the way through in my usual loaf pan, so I decided to forgo the loaf and turn these into muffins instead.  If you decide that muffins will not do and a loaf is the only way for you, you can use a 9″x5″ loaf pan and increase the baking time to 50-60 minutes instead. 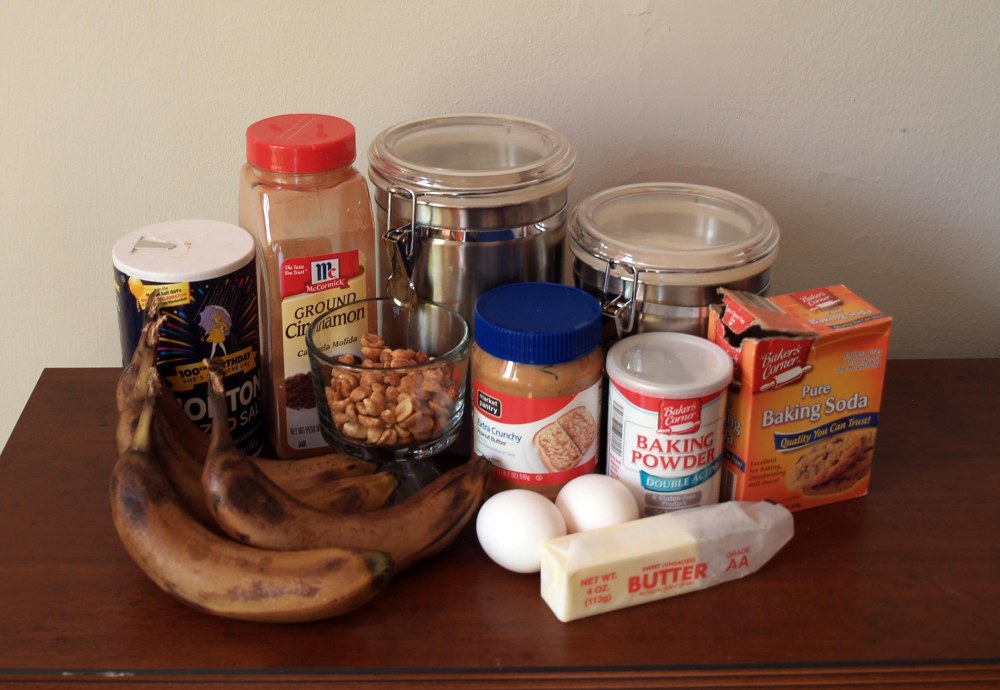 Now let’s quit monkeying around and get baking!

Preheat your oven to 350°F.  Line muffin tins with cupcake wrappers or grease them (I had enough batter for 15).

In a medium bowl, whisk together the flour, baking soda, baking powder, cinnamon, and salt.  Set aside.

Mash the bananas with a fork or potato masher in a different medium bowl until they look like especially unappetizing baby food.  Set this aside too. 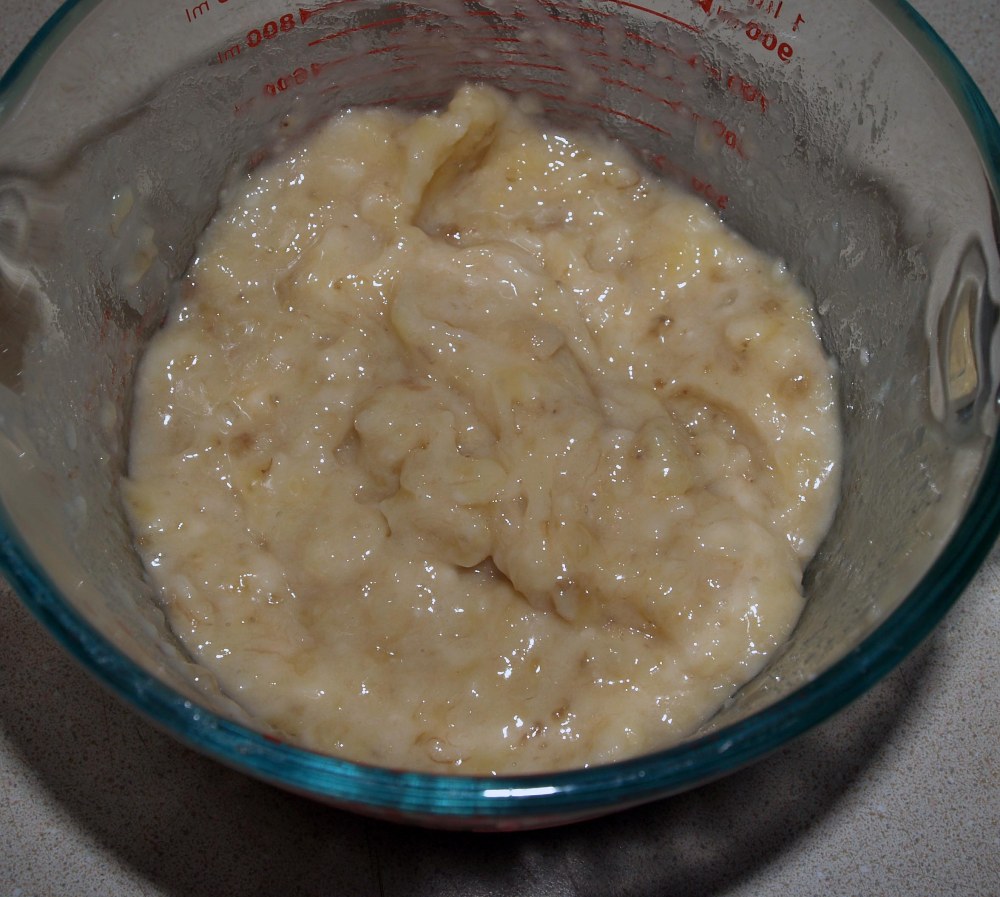 Cream the butter and sugar using an electric mixer or wooden spoon. 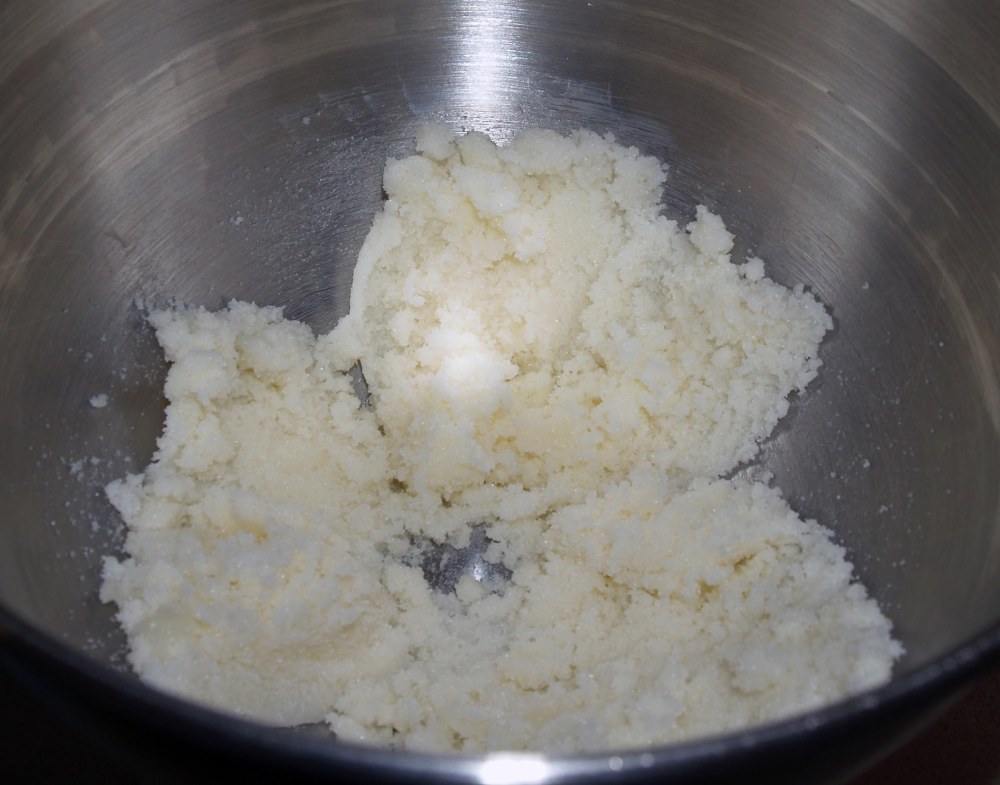 Beat in the peanut butter until well-combined. 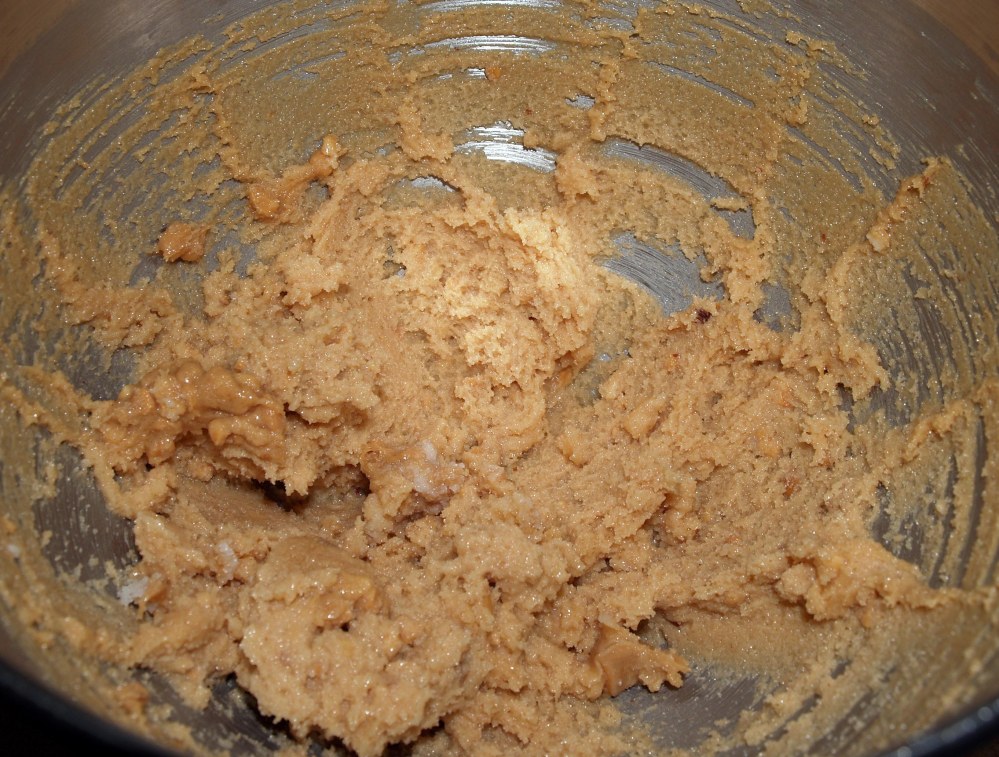 Stir in the eggs until they are just incorporated.  You don’t want to over-mix the batter. 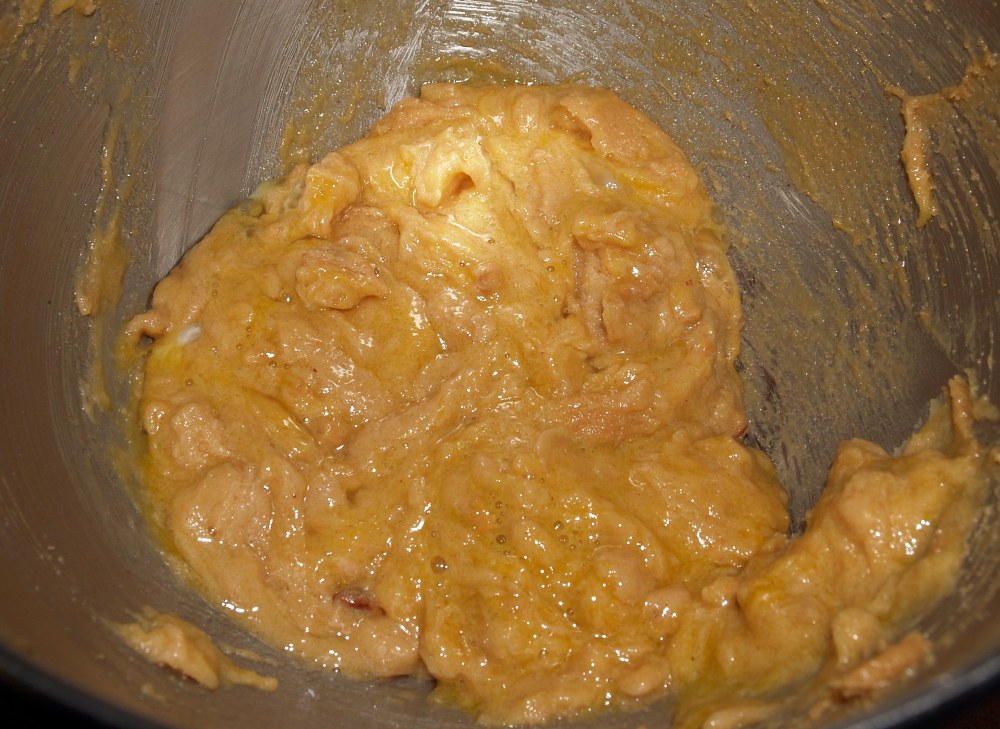 Add in the mashed bananas and water and beat for 30 seconds. 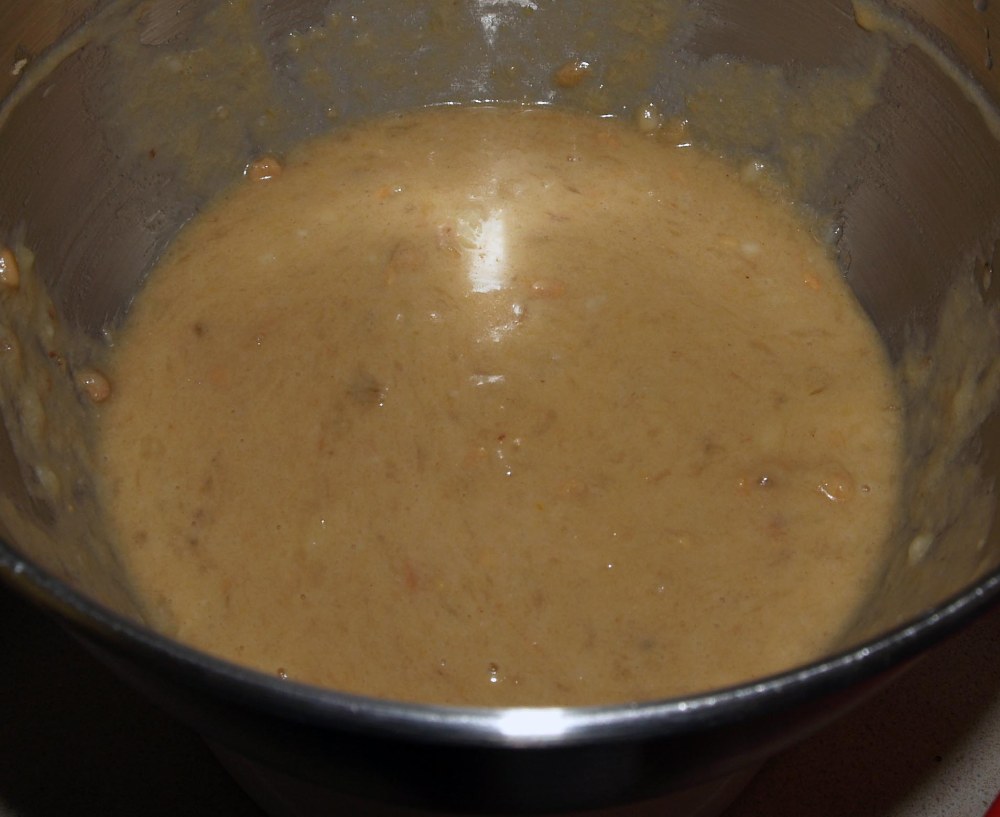 Stir in the dry ingredients just until they are fully-incorporated.  Fold in the chopped peanuts. 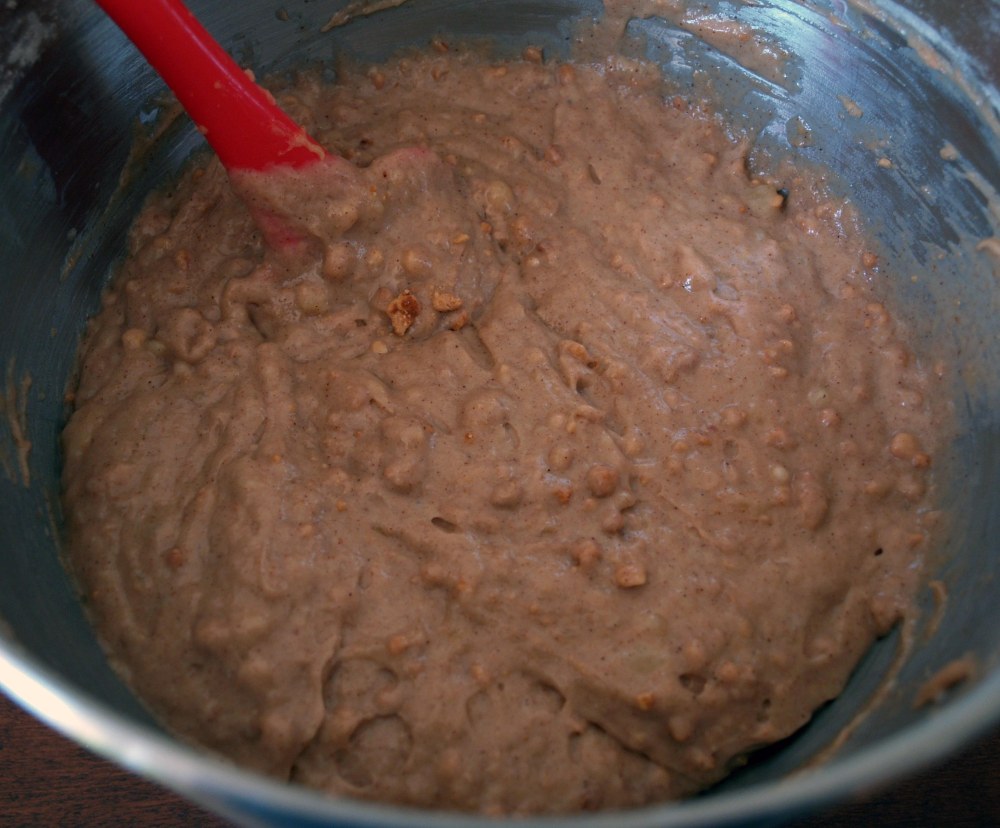 Divide the batter evenly between the muffin tins, filling each well most of the way. 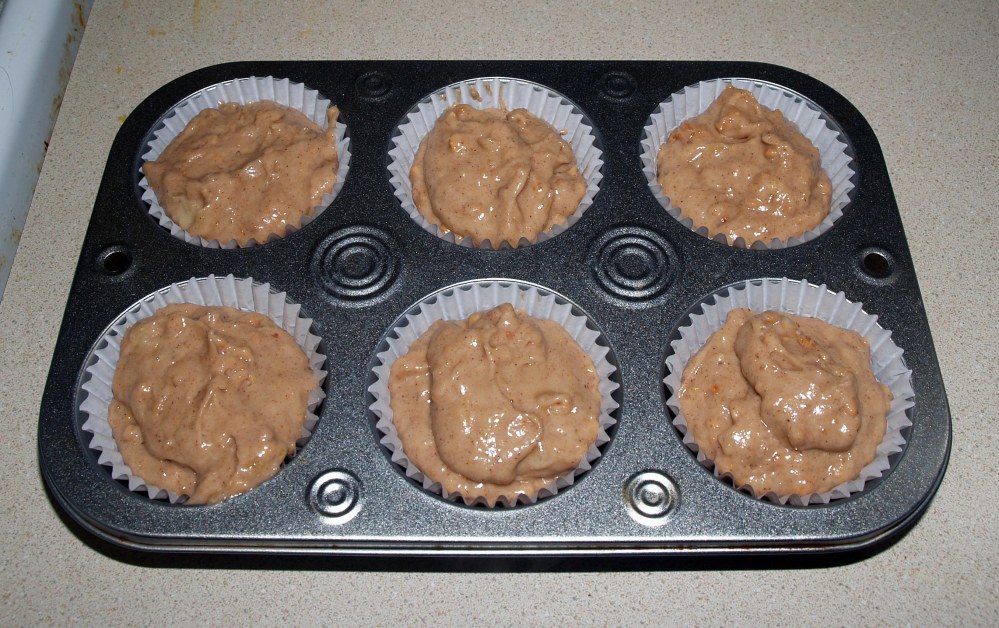 Bake the muffins for 20-25 minutes, until a toothpick inserted in the center comes out clean and the tops spring back when gently pressed. 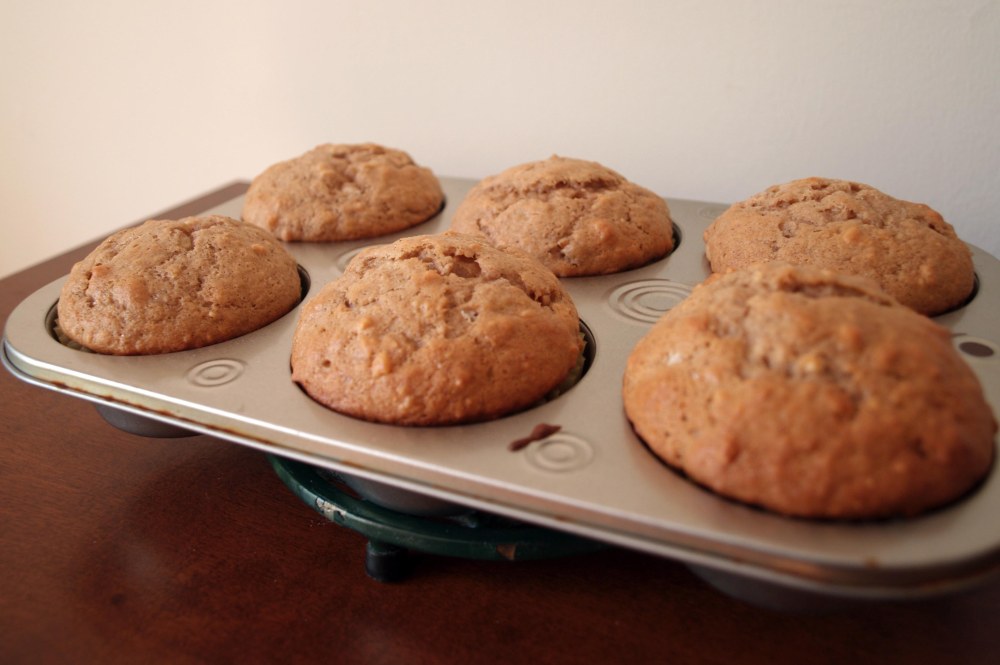 Remove the muffins from the muffin tins when they are cool enough to handle and cool completely on a cooling rack.

Serve immediately, or wrap the muffins individually in plastic wrap and refrigerate them for up to 1 week. 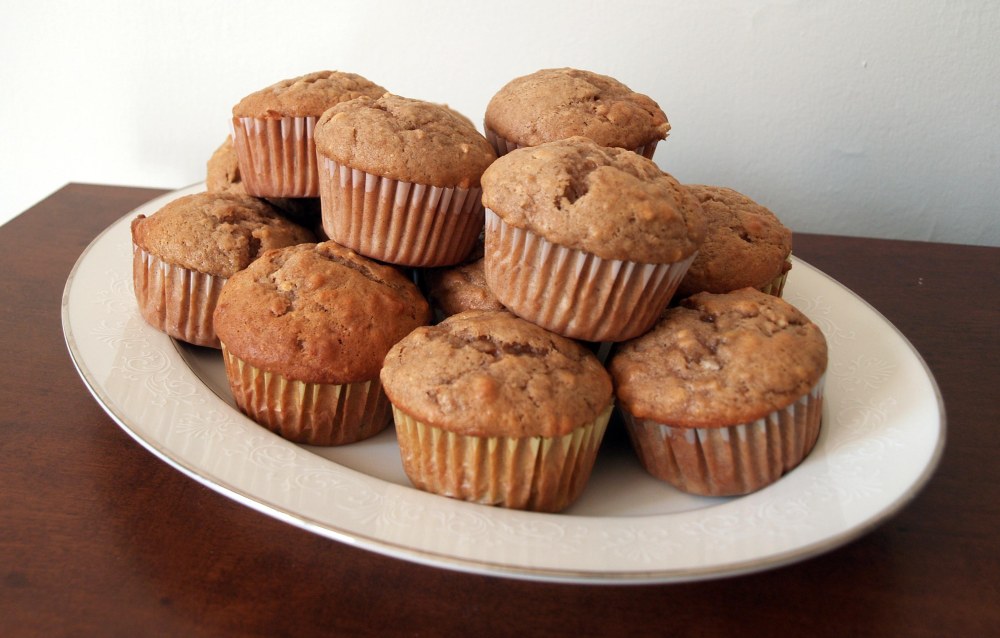