I’ll bet that you’ve forgotten all about the Butter Battle Royale at this point.  I had every intention of doing this more frequently than once every six months, but things happen (tasty, tasty things, fortunately).  I was asked to make cookies for an event in my husband’s department at work, and he suggested that I do another cookie taste test since there would be more people than usual to participate.  The original plan was to test store-bought butters against each other, but I had a sneaking suspicion that there would be no noticeable difference, so I made the executive decision to change it up.  This time, I pitted Aldi brand butter against coconut oil.

As expected, the coconut oil cookies smelled and tasted coconut-y.  What was less expected was their complete and utter crumbliness.  The dough turned out to be a pile of fine crumbs in a bowl, and I had to squeeze clumps together one by one to get any sort of a cookies.  (Unfortunately, I was in a bit of a rush, so I don’t have any pictures of this.  You’ll just have to use your imaginations this time.)  Thankfully, they baked ok, though they did take a bit longer to cook than the butter cookies, and they didn’t really brown much at all.

While some did say otherwise, the general consensus was that butter is better.  Those who preferred crumbly cookies liked the coconut cookies better, while those who lean more towards chewy cookies chose the butter version (I am staunchly in the latter camp).  I think butter was the clear winner in this challenge, though perhaps it wasn’t fair to pit coconut oil against the shortening the recipe was originally written for (after all, the recipe does come from the side of a butter box).  As one taste tester put it, “I liked this better than I think I should,” which echoes my personal sentiments.  All in all, the coconut oil was a worthy opponent, but it just couldn’t prevail over the reigning champion.

Hopefully the next battle will come sooner than next May.  I’m going to keep the contenders a surprise this time, so check back to find out more! 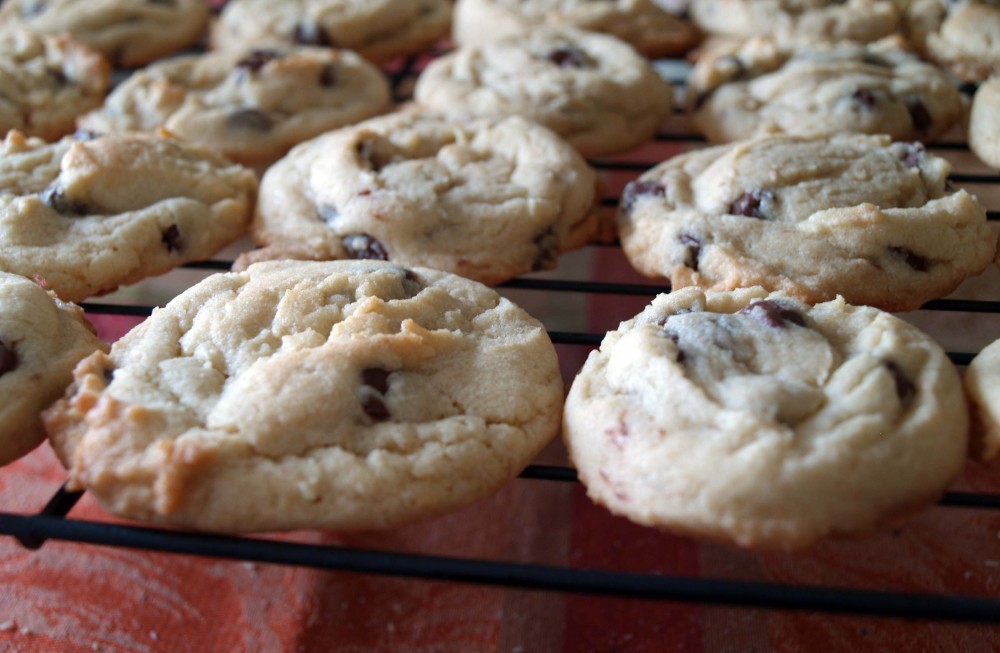